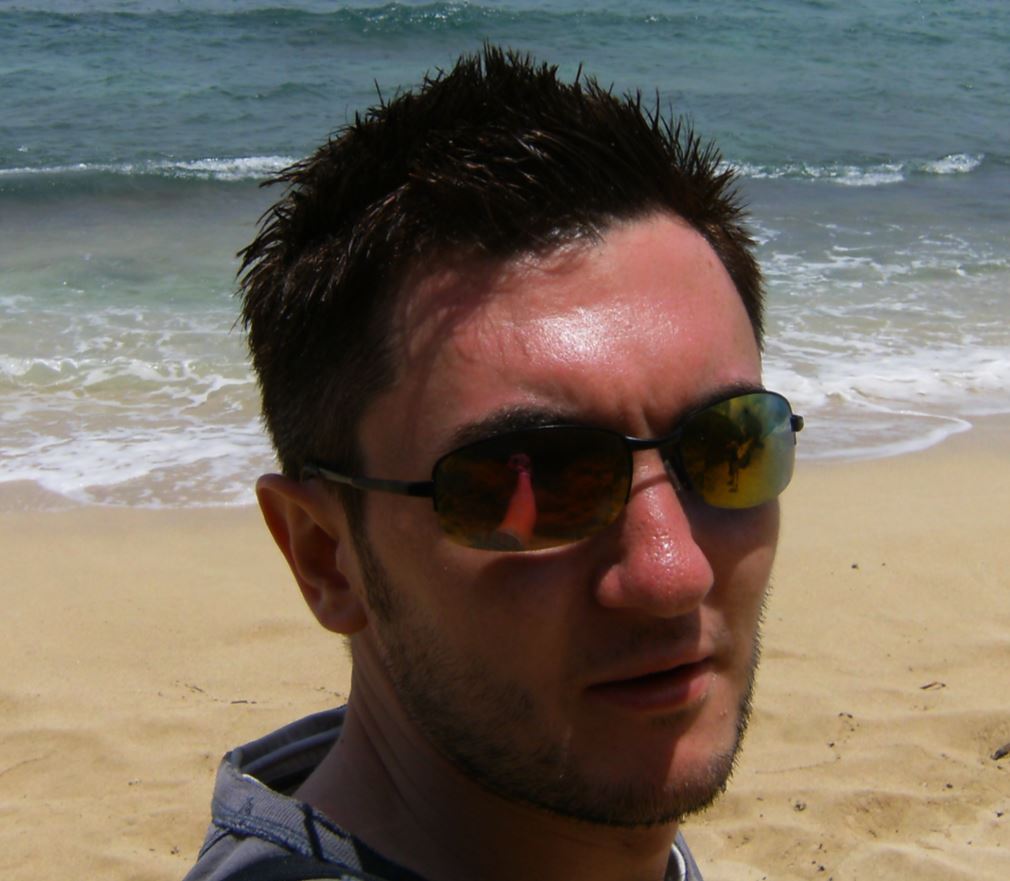 I've been computing, it seems, for about 20 years now. Being an enthusiast, this has meant the number of systems I control has grown from one machine to a completely unwieldy number.

It all started with a single machine. My first machine, from Radio Rentals as a Christmas present - with Windows 95 and 8MB RAM. I didn't even have internet then, and as such most my learning came from the Personal Computer World magazine, MSPaint, and a lot of breaking stuff then learning how to fix it with many hundreds of floppies. 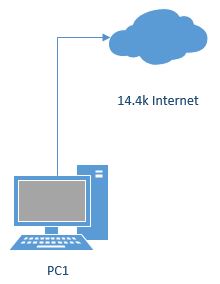 Some time after. Likely after many £800 bills to BT for local number internet services, I had purchased a second machine - a 486DX from eBay. These were linked with a CAT5 Crossover cable. No routers. No switches. I probably didn't even know what they were. Come to think of it I have no idea how I even knew what a crossover was. Nevertheless, this was all lead me to learn about Networking and Windows File Sharing. 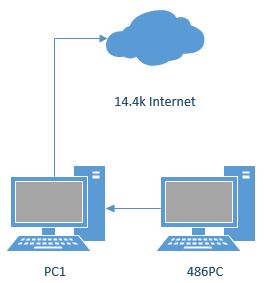 A few years later, I had built my first PC. This level of network persisted for a very long time. Eventually a laptop was added. But this was a standalone machine. No wifi back then.

A few years after moving rooms within the parental home, it was time for the first server. A VIA EPIA M9000, running Windows XP (and later Server 2003). It was installed inside a clothes drawer - I'd never seen a server after all, can't blame me. Although, I've never quite grown out of hiding servers in stupid places (it later moved to a cupboard). This also came with a physical addition to the house... my first wall hole for an ethernet cable and some TV coaxial. The server doubled as a TV/Media viewer, and ADSL modem/router. 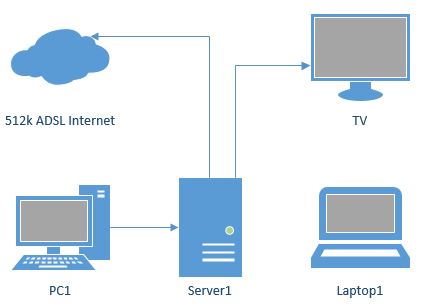 Although not much had changed architecture wise, experiments with wireless networking had begun. Being on no-income, Bluetooth PAN was to the rescue. This gave my laptop the ability to reach the internet via the PAN and Windows ICS. When it worked. Eventually I also added a DVB-T card, which involved another drilled hole, this time into the attic. My parents loved me.

By this time, I had an ISP supplied router and even wifi. However, time to leave home. I had taken my desktop with me however the server remained. Returning a few months later, I moved this to the garage where I presumed it would live safely. This was the second wall hole. This remains the server home today. It was also moved from Windows Server to Ubuntu Server.

I added another machine, this time a desktop. This went in the dining room to keep in contact with my parents while I was away. Eventually, the server would keep a persistent SSH connection open to a VPS to ensure I could get back to it in the event of issues. Adding my workstation in Surrey to this was the first type of persistent 'VPN' in use, even if was just SSH and Port Forwarding.

I also built the first iteration of servers for my residences in the SE. 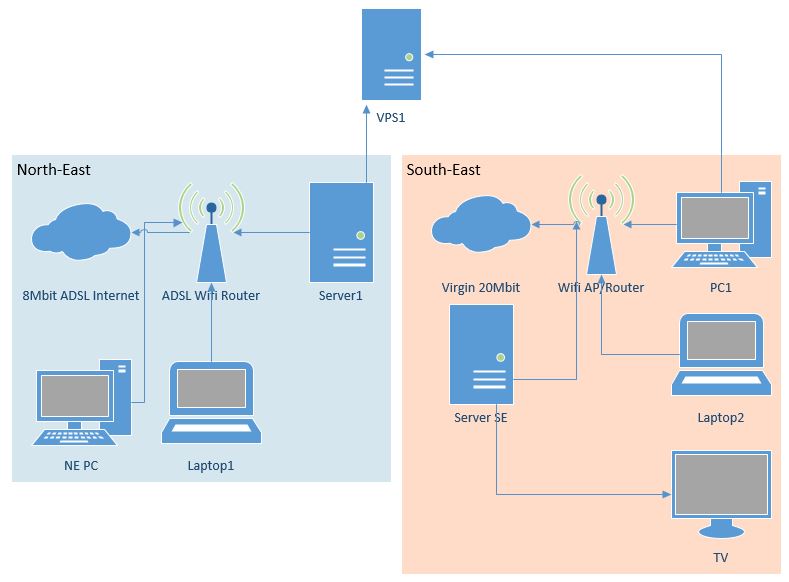 Occasionally coming home over holidays, I would grow frustrated with my inability to watch my media. So I built a HTPC for the living room. Of course, it would sit there offline when I was not there. But at least I could watch stuff in the few weeks I had at home. The server probably went through a number of hardware upgrades in this time.

Also began experimenting with OpenVPN. Particularly as an exit node for when I wanted to change IP. Nothing permanent. 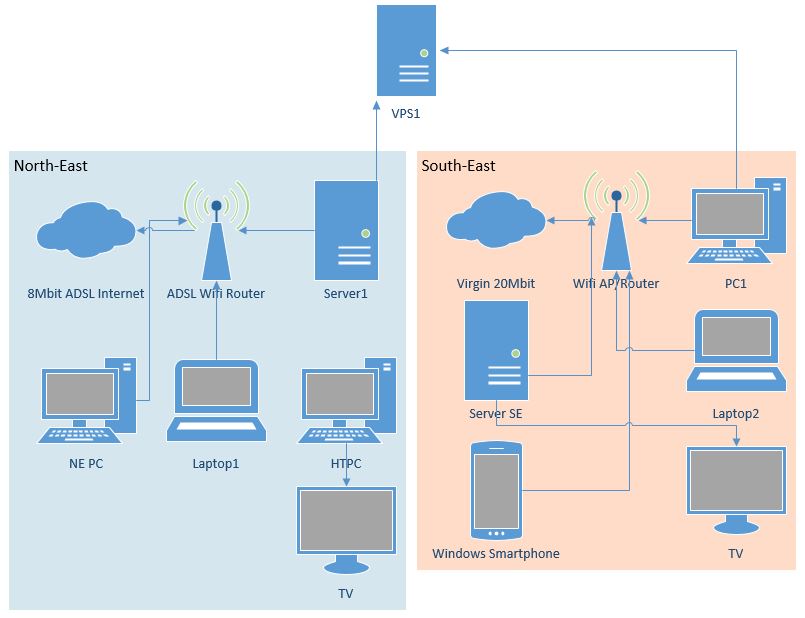 My first international server. Sitting in Honolulu, an ARM based Pogoplug! That lasted about 5 months. Still connecting back via SSH. 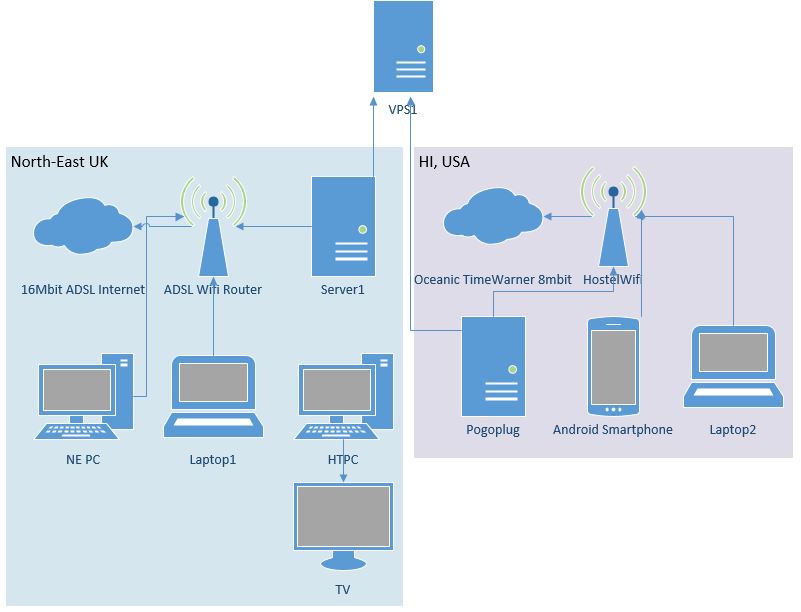 This is where things really began to change. I wanted more programmatic control over the telephony system, for, reasons. I bought an FXO card to this end, after having begun to understand VOIP, but, eventually ended up with a Linksys SPA3102, bare-Asterisk, and a bunch of Gigaset SIP phones.

The HTPC also became the Freeview/Freesat receiver/distributor. 2 mini machines were used for TV clients around the house.

First ESXi server in the SE. Running only a Media Server. Eventually even decommissioned my desktop and went laptop-only for workstations. The problem with moving home so often is you need to minimise bulk. 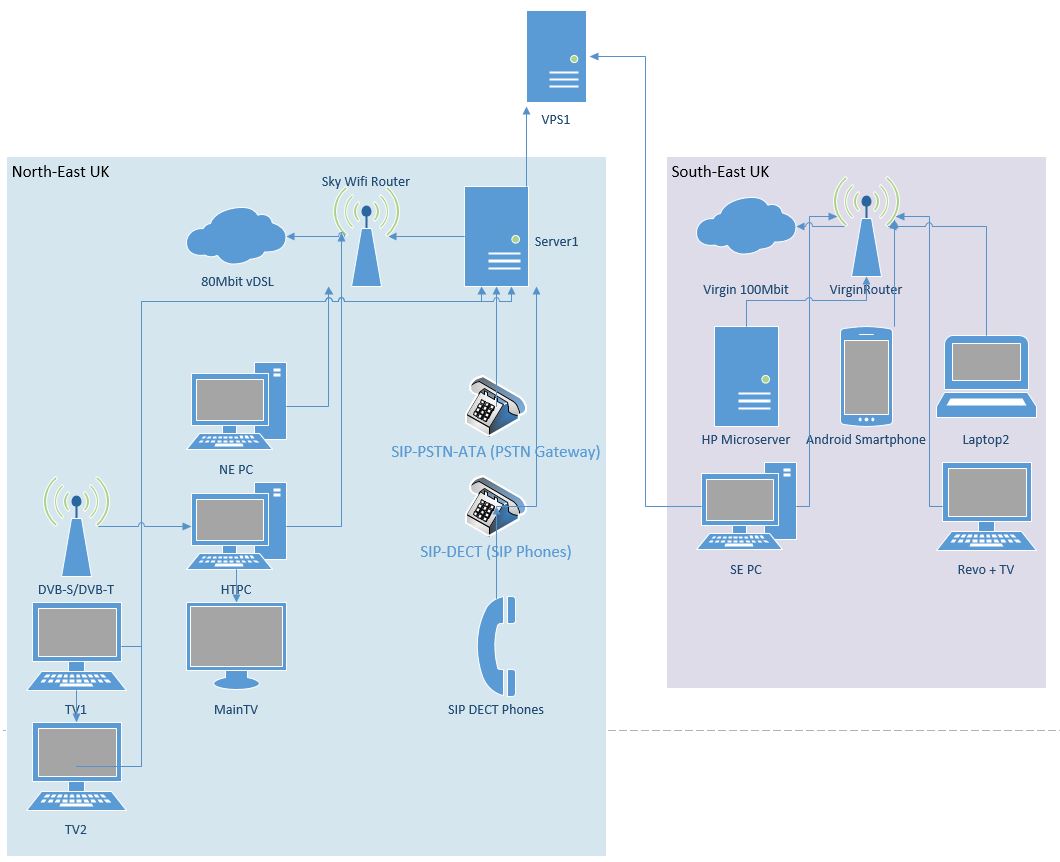 Purchased a dedicated server from OVH in France. This hosted the main PBX for me (and my phone), a file store, and other misc servers.

3G failover was added into the NE (SSH only).

Having upgraded to the old Ubuntu garage server to something more substantial, with ESXi, at last. France, North-East, and whatever residence I had in the South East, were linked together in an OpenVPN Site to Site VPN. Why I didn't do this 8 years ago, I have no idea. No more SSH and can finally address systems directly. Also, began to VLAN segments based on purpose.

The PBX in the NE and my own PBX in France were linked to allow for internal dialling. If it wasn't for latency concerns I would likely move all users to a single PBX.

Media PC clients were refreshed with the older units being retired.